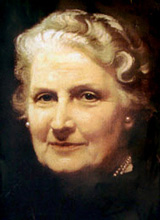 The Montessori Approach was created and developed by Dr. Maria Montessori (1870-1952) after the First World War. This approach focuses on the development of the whole child, namely, the physical, intellectual, emotional, social and spiritual aspects of a child. This theory of childhood development believes that each of these aspects are connected and intertwined with one another. One area supports and affects all the others, hence, it is essential for children to have opportunities to develop all. The Montessori program strives to create the appropriate environment in which the child can develop to his full potential in all of these aspects.

The Montessori educational system is unique in that it has successfully undergone continued development for over one hundred years and has been used effectively with mentally retarded, physically handicapped, normal, and gifted children in different countries around the world. Perhaps the most significant reason for its success is that it is a comprehensive method of education resulting from an integration of research on development, learning, curriculum, and teaching. 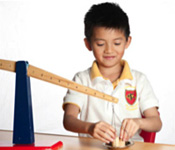 Montessori believed that each child is born with a unique potential to be revealed, rather than a “blank slate” on which teachers could “write” on. Given the right nurturing conditions, each child is free and able to reach their full potential at their own pace and choice. In addition, Montessori noticed that children have an innate preference for beauty and order, grace and joy and would spontaneously show self-discipline to preserve these qualities in the environment.

Referred to as Directresses, Montessori teachers are facilitators in the classroom who guide, assist and direct children. Their job is to stimulate children’s enthusiasm and love for learning by creating an environment that caters to children’s interests and abilities. The Montessori Teacher has three basic roles: to prepare the most natural and supportive environment; to observe the child living freely in this environment; and to continue to adapt the environment so that the child can fulfill his greatest potential, catering to all aspects of his development. 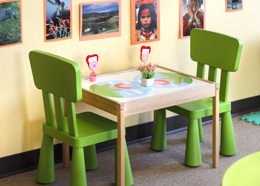 Montessori classrooms are created to support the child to work at her own optimum level. These are places where beauty and order are emphasized and celebrated. All objects and activities are created for children and there is nothing that they cannot see or touch. Hence, all the furniture is child sized, materials are within reach and activities are leveled for children’s varying abilities. This environment nurtures each child’s love of “work” and allows them the freedom to work at their own pace and make their own choices. The atmosphere in such a place is a busy and productive one which at the same time glows with joy, respect and grace.

Dr. Maria Montessori has often been described as “ahead of her time”. Born in Italy in 1870, her family moved to Rome when she was five years old. Influenced by her mother, Renilde Montessori, Maria was encouraged to pursue and explore her own natural inclination to learn. Despite the social restrictions placed on women at the time which discouraged them to pursue intellectual interests, Maria went on to study at University and graduated at the top of her class. Hence, her mother played a vital role in Maria’s upbringing and influenced the philosophy of Maria Montessori’s teaching method later on.

Maria Montessori graduated from the College of Medicine at the University of Rome in 1896 and became the first female doctor of medicine in Italy. In this role, she researched psychiatric medicine and furthered her own learning on philosophy, psychology and education. As well, her work with disabled children and mentally challenged children prompted her to study, research, and travel and speak internationally about the rights of disabled children. From this work, Montessori’s own theories regarding the development of children began to form. She also started to create and develop methods and materials for teaching children that she would later adapt to use with typical children.

In 1906, Montessori founded Casa dei Bambini, or “Children’s House” for poor children in Rome. It was in this first classroom that Maria Montessori tried out her theory and materials on mentally normal children. She observed children’s behaviours and began to form the foundations of her educational method. Montessori noted episodes of deep concentration and attention in the children; tendencies to repeat activities; and a sensitivity to order in the environment. To her surprise, over time, a spontaneous self-discipline emerged in the group of children.

From observing and researching these children, Montessori developed the hallmarks of her method—child-sized furniture replaced previous heavy unmovable ones; materials were placed on low shelves where children could reach; and child appropriate activities which included the practical (sweeping, personal care) and to care for the environment and self (flower arranging, care of pets, cooking). Later on, she even developed teaching materials for reading and writing which prompted four and five year old children to spontaneously engage and gain proficiency in literacy beyond what was expected of them at that time.

From this time to her death in 1952, Maria Montessori continued her work, which became widely recognized and embraced throughout the United States, Europe, and India. She conducted and founded training courses on these continents, established a research institute in Spain, and developed Montessori Training Centers in the Netherlands and London. She was also nominated for the Nobel Peace Prize three times—in 1949, 1950 and 1951. 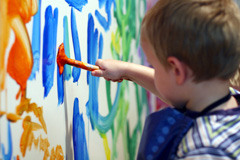 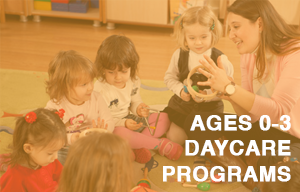 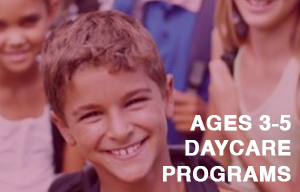 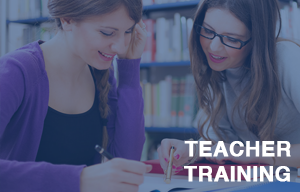